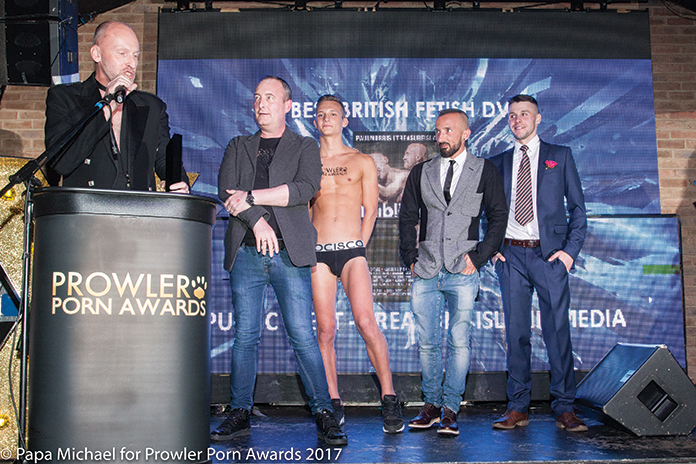 “When we discussed my hosting the night I thought it would also be great to carry on with the party afterwards. Last year I gather it was a very hot affair so I need to be on my toes on the night. I never really plan my DJ sets, I kind of feel out the crowd but my music sensibility is very gay happy world music. It will give me a chance to play some of my favourite music that I discovered while being in the UK and a lot more that will keep everyone going through this sex-fueled night – and into the early hours! Someone asked me what I am expecting from the after party; Well, I’m an equal opportunity cocksucker so I’m pretty open, but if I had to choose just one, just one, only one, it would definitely have to be Paddy O’Brien.”

THURSDAY MAY 17th 2018 @ Fire Vauxhall. Doors Open: 8PM. With the official After Party kicking off straight after the ceremony with Live Sex, top DJ’s & entertainment.

The good news is that if you’re an industry professional or work in the industry then you need to contact [email protected] for complimentary tickets.