Together with the official Recon parties throughout Fetish Week London there were also plenty of ‘fringe’ events for guys to go along to and Expectations, the UK’s largest fetish store, threw two major in-store events during this year’s Fetish Week.

El Guarro (which roughly translated means filthy pig) was on Friday 11th July. Again, this event was a busy one with lots of guys turning up in fetish gear and receiving an Expectations goodie bag for their efforts.

On both nights partygoers were treated to the services of Expectations’ very own hot naked barman and Positive East, one of Expectations’ official charity partners, was also on hand at both events providing free, confidential quick-prick HIV tests.

This year Expectations also sponsored a playroom at Full Fetish, the main Fetish Week London event, decking out an arch with a stack of slings and fuck benches within Folsom Street. This was also a major draw, pretty much reflecting Fetish Week’s huge success. 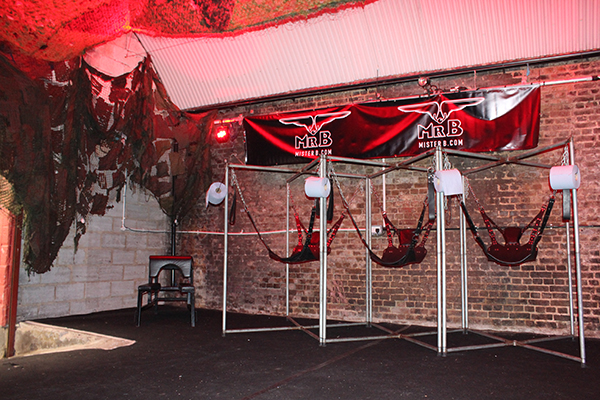 With Folsom Europe just weeks away, now’s the time to get down to Expectations and get all you’ll need for Europe’s biggest gay fetish festival.  It’s the UK’s largest fetish store with 30 years experience offering the widest range of rubber and leather gear, fetish clothing, aromas, sports gear, military and work wear, lubes, toys, playroom equipment and accessories.