Hands up if you know all the different ways to stop HIV? This summer a sexy new campaign from It Starts With Me is promoting not one, not two, not even three, but the four ways you can protect yourself from HIV. The campaign features real people who are passionate about stopping HIV, whether they’re taking PrEP, using condoms, testing regularly, or, if they have HIV, accessing HIV treatment which means they can’t pass it on. Or, as in most cases, doing a combination of the four. Andrew, who was diagnosed with HIV four years ago, is on effective treatment which means he can’t pass on HIV. While Tom, who’s a personal trainer and lives in a cute little village, protects himself by using HIV prevention pill PrEP as and when he needs it.

How are you stopping HIV?

Condoms – there’s a condom out there for everyone, it’s just about finding the right one for you and your partner

Regular testing – whether you test at home and get a rapid result or at the clinic, testing for HIV has never been quicker or easier

HIV treatment – people living with HIV who are on effective treatment can’t pass it on, which is 97% of all those diagnosed and on treatment in the UK

Andrew – I can’t pass on HIV

Andrew is stopping HIV by being on effective treatment, which means it can’t be passed on to his husband. He’s part of the campaign to ensure more and more people know this fact.

“An HIV diagnosis is quite a thing to throw into a relationship. I’d only been seeing Ricardo for a few weeks when I was diagnosed,” says Andrew.

“We both went for a routine test at the sexual health clinic and mine came back reactive. The nurse asked me if I wanted to call anyone and he was the only one I thought of. He was amazing – he came straight over, gave me a hug and said ‘you’re going to be fine’.

“He’s a nurse so was much more clued up about HIV than me. I didn’t know the facts, I thought it was going to kill me. Ricardo had also lived in London longer and knew other people with HIV. I hadn’t met anyone else who had HIV at the point (that I knew of). 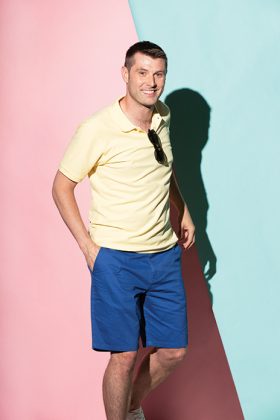 “If anything, my diagnosis brought us closer together. I guess something like that makes you or it breaks you. We got engaged after 10 months, which some people thought was quick, but we’d been through so much together.

“I’m passionate about educating as many people as possible about the fact that people living with HIV who are on effective treatment – like me – can’t pass the virus on. Me and my husband are proof of that, and I can answer any questions you want. We got married in September 2016 and are really, really happy. I’m living with HIV and he’s not, and we know it’s going to stay that way.

“I was diagnosed early before my immune system was damaged and I was on treatment four weeks later. I can honestly say that, other than taking a pill in the evening, my life hasn’t changed – and my husband is a big part of that.”

HIV treatment works by reducing the amount of virus in the blood to undetectable levels, which protects the body from damage. This also means that HIV can’t be passed on – with or without a condom. 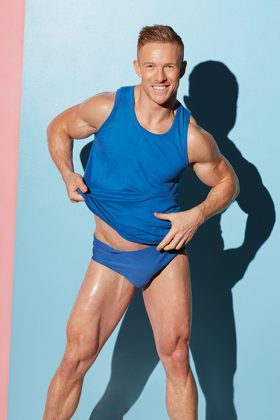 Tom – PrEP gives me the protection I need

Pre-Exposure Prophylaxis – known as PrEP to its friends – can be taken daily to stop HIV or, like in Tom’s case, as and when you need it. For that, it’s recommended you take two tablets between two and 24 hours before sex, one tablet 24 hours after sex and a further tablet 28 hours after sex.

“I use PrEP on demand rather than taking it every day,” says personal trainer Tom.

“I live in the country and work a couple of days a week in London. Living in a small village community, I’m one of very few gays there so I know I’ll only be having sex when I›m in London.

“That means I can control as and when I need to take PrEP, because, the majority of the time, it would be unnecessary for me to take it.

“Because of how I take PrEP, I buy it privately. I buy three months’ worth, which can last me six months or even longer.

“I first heard about PrEP through meeting guys who were on it. That’s where the conversations started for me.

“I always thought you had to take PrEP every day. But, during a routine clinic check up, I was given a booklet on PrEP, including information regarding on-demand-dosing.

“I thought it was one of those things where, once you start, you had to do it for life. I’ve had boyfriends in the past who were HIV positive and on meds for life. I thought it was a similar situation. But once it understood you can stop and start, I realised how it could work well for my current situation and give me peace of mind.

“I must say, it’s a huge weight off my mind and it’s made me more relaxed, but I still routinely get tested because I realise I’m not invincible to everything.

“As a personal trainer, I’m obviously passionate about looking after my health, physical and mental, and sexual health is another equally important element within that.

“Just because you can’t necessarily feel it, see it or work on it at the gym, doesn’t mean it can’t seriously affect you later in life or those close to you which is why it should never be ignored.”

It Starts With Me is run by Terrence Higgins Trust on behalf of Public Health England. We now have the tools we need to end the HIV epidemic in the UK, it’s all about using them. Choose from condoms, PrEP, HIV testing and, for people living with HIV, effective treatment which means it can’t be passed on.

Find out more about HIV prevention at startswithme.org.uk and join the conversation on Twitter using #ImStoppingHIV.