You’ll find Eagle London just south of the river Thames in the heart of Vauxhall, London’s newest ‘gay village’. With legendary nights such as Horse Meat Disco and bear social Tonker alongside the gender-bending TrannyShack vs. Stunners2, and the plethora of men-only cruise nights, Eagle London has to be one of the most eclectic gay pub and clubs on the London gay scene!

9PM – 2AM: MONDAY THROUGH THURSDAY

This popular, long running night attracts a great mix of guys, from bears and beefy blokes to boy-next-door types, sexy daddies and rugby players! Plus you get ice-cold beers, Vauxhall’s largest beer garden and the best tunes from promoter Tim Jones and a selection of the hottest guest DJs. It’s FREE to get in before 10pm, only £6 after, and just a fiver for Eagle London members. 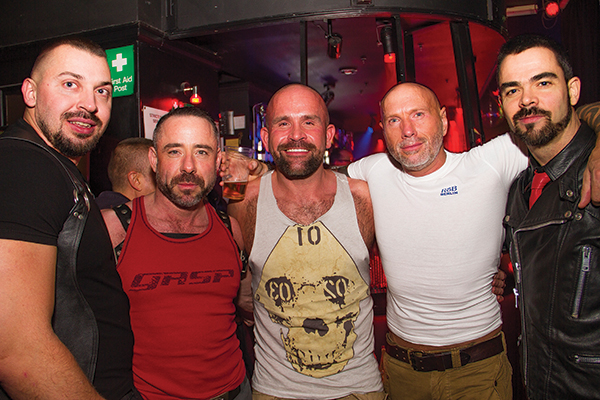 Tonight sees the launch of Bastards, Eagle London’s new night of music, men and mayhem on every first Saturday of the month. Hotwired residents, and total bastards, Jon Delano, Lucious Flajore and Wes DB indulge their love of all things electronic at this new monthly party for disco cats, bouncy bears, muscle Marys, funky fairies, fetish freaks, T-girls and their straight mates. Jiggle your tits off in the pumping Pink Room Danceteria then schmooze in the steamy Black Lodge out back! Entry’s a fiver all night.

Tonight’s the launch of Cruise Control Saturday Takeover, Eagle London’s new full throttle men-only session on every second Saturday of the month. Billed as a full-on blokes party, the night will offer a traditional Eagle-style cruise space with a super hot stripper and even hotter House music. It looks set to be the best value cruise session in London with £3 beers all night, Vauxhalls ONLY pool table, cruise area, dark room, chill out beer garden and London’s friendliest sexiest bar team. It’s FREE before 10pm and then a fiver after and FREE all night for Eagle London members.