Do you love fetish gear and dress code parties but can’t stand the thought of going out in a skimpy leather or rubber outfit in the freezing October nights?

Then head over to Gran Canaria this month where you can live out your fetish fantasies by night and then enjoy the hot sunshine and beaches during the day at this year’s Maspalomas Fetish Week!

From 14th to 20th October, the various gay resorts, men-only bars and sleazy sex clubs in and around the Yumbo Centre in Playa del Ingles will welcome hundreds of international guys for the fourth annual Maspalomas Fetish Week where the dress code for most venues is leather, rubber, uniforms, skinhead and sports kit.

Each day, Playa del Ingles’ gay resorts will host BBQs and pool parties where you can strip off your fetish clothes, relax in the hot sunshine and hang out in the company of like-minded guys. For those of you that like an all over suntan, there are plenty of gay resorts that are clothing optional and have outdoor cruising areas for play!nine and pics from previous years to give you an idea of what to expect. 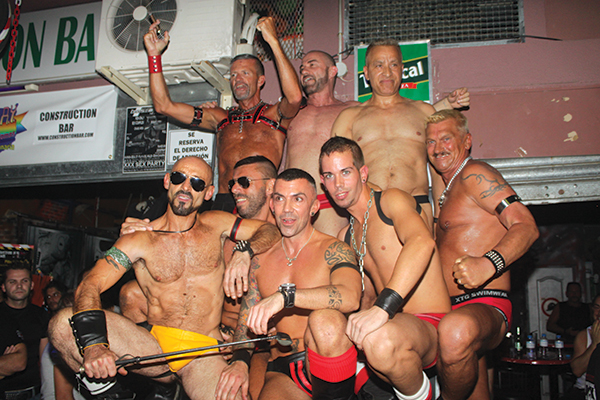