With his overtly homoerotic depictions of uber-masculine, leather-clad bikers, Tom of Finland is to many a gay fetish pioneer.

Who is Tom of Finland?

Born Touko Laaksonen in 1920 on the southern coast of Finland, Tom went on to become an international icon of gay fetish culture, particularly in the United States where he lived for many years. His artwork, which features muscular, uniformed and leather-bound men, leading up to and during play, has attracted worldwide attention and did much to redefine the public persona of gay men in the late 20th century.

Long before he became known as Tom of Finland, Touko developed his natural artistic talent by studying art in Helsinki. Having always desired explicitly ‘masculine’ men in uniform and other traditionally masculine guises, Touko was able to act out some of his fantasies with fellow soldiers when he was drafted into the Finnish army during World War II. These encounters, enhanced by his own imagination, then became the inspiration for his homoerotic sketches, which at first were simply for his own diversion.

It was only when a friend convinced him to send one of his more toned-down drawings to a US-based magazine in 1956 under the more ‘American-sounding’ pseudonym Tom, that the world was introduced to his work. Physique Pictorial was one of several homoerotic magazines fronting as muscle mags at the time and, despite anti-homosexual censorship laws, demand for Tom’s work grew rapidly.

By the time US laws against homosexuality were relaxed in the 70s, Tom’s work had become more realistic, explicit and hugely popular among the gay fetish community, as well as a newly-liberal wider society. Touko passed away in 1991, but love for his body of work and the way it championed gay fetish endures.

The impact of Tom’s work

One look at Tom’s illustrations makes it clear he was drawing the kind of men he lusted after – beautiful, muscular, well-endowed ‘hunks’ revelling in their sexuality.

Leather, denim and military uniforms all feature heavily in Tom’s work; in fact, all his men embody typically masculine identities in the extreme. The fact that these men were drawn in the heat of play helped to reposition longstanding societal views of homosexuality as ‘fragile’ and ‘effeminate’. These men were strong, vigorous and proud to be gay, at a time when homosexuality was still illegal in much of the world. Although Tom originally created his sketches purely for himself, many have credited his work as powerfully transgressive and an important medium through which fetish men could get together. 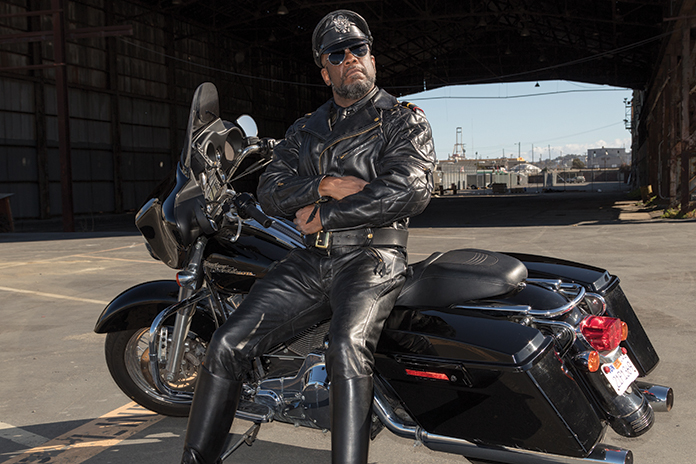 Fetish communities on both sides of the Atlantic herald Tom as an influential figure in history, and now, long after his death, Tom is finally recognised as an important artist in his native Finland. In 2016 a musical inspired by Touko’s life and work hit the stage in the Finnish city of Turku, and there’s even a Tom emoji available in Finland as part of their national set.

Tom’s illustrations have been immortalised in books and exhibitions, on sex toys and even limited-edition condoms, which he began including in his sketches during the 80’s to promote safe sex at the height of the AIDS epidemic. The big-budget Finnish film biopic, Tom of Finland (2017), will hopefully spread his story even further.

If you’ve never seen his work, we strongly suggest you check it out, and see why Tom of Finland is completely deserving of his legendary status.

Connect with other Fetish men who are into leather and uniforms on Recon. If there are other fetishes you’d like to learn about through us, please let us know by sending your ideas to [email protected]